How the seasons influence relationships

“Boys: look for them in the Summer to get you through Winter,” we used to write in each other’s school agenda. But is that the truth? Now that Spring has sprung, it’s a good opportunity to see how seasons influence relationships. Heads up for Taurus, Gemini, Cancer, Leo and Virgo!

A few years ago Facebook asked Data Scientists to conduct a survey among their FB users. These are the results: Spring, Summer, Fall and Winter do not only affect nature but also love! For example, they noticed that more people started a relationship in December compared to breaking one up. These figures are of course not completely accurate. You don’t grab your phone straight away to change your status, right? Or do you? Maybe you don’t even have your status on ‘public’. But December is also the month of endings. Think of arguments about how you want to spend the holidays (‘’No, I don’t want to go to your family again.’’) so such a rise at Winter times is quite remarkable. Could this be the season to be jolly after all?

In which months do people come together?

The researchers calculated the average of each month and compared this with the total annual average. They concluded the following: are you under 25, between 25 and 44 or 45 and older? Then the Summer months are bad news for you. May to August clearly score lower than the other months of the year. Red alert for Taurus, Gemini, Cancer, Leo and Virgo! These Sun signs are more likely to have a broken heart around their birthday than the other signs! Since I am a Gemini myself I checked when my relationships usually start and end. Winter, Summer and Fall were represented at the start with an emphasis on the month of July. And for break-ups the same 3 seasons came into play! No Spring though! Anyway, maybe Spring turns out to be the peak season for you. Let me know.

According to the Data Scientists, many relationships ended just before Valentine’s Day (‘’Do I really have to buy a gift for him?’’) But for starting a relationship, this day is actually quite good: on February 14, researchers Gorham and Fiore found no less than 49% more new relationships than break-ups and a further 22% the day after. Sending a Valentine’s Card or What’s App message still has effect! At least if you are under 25 years old. That group scores the highest on Valentine’s. Giving yourself as a present, sporting a big red bow, apparently works also! The researchers found 28% more relationships on Facebook on Christmas Eve and even 34% more on Christmas Day.

You can’t really take the fourth Increase in Relationships Day seriously ……. It is in fact April 1, with 20% more relationship initiations. This is apparent from the data for the 2nd of April: it is the most extreme day of the year, but in a negative sense: 11% more break-ups than new relationships. Ha, did you ever fool your family! The best months to come together are therefore: December and February. At least in the USA. But how is this with you? 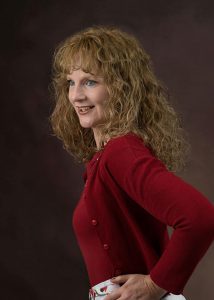